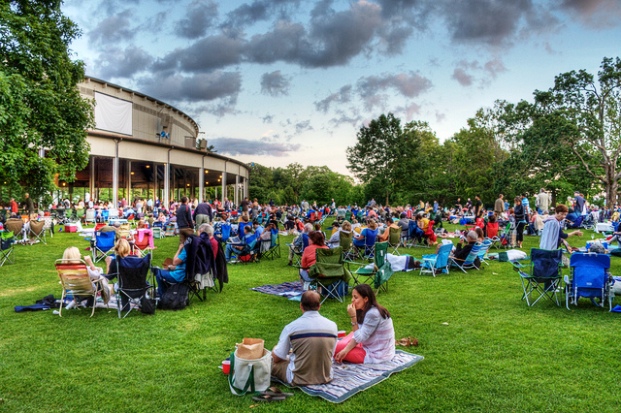 Tanglewood’s history as a music venue began when Henry Kimball Hadley, composer and conductor began his search for a site and the support to make real his aim of establishing a seasonal classical music festival. Teaming up with Gertrude Robinson Smith, they organized a series of concerts featuring the New York Philharmonic Orchestra over 3 days in1934 at the Interlaken estate of Daniel Hanna, roughly a mile from the current festival site. After two seasons of the New York Philharmonic Orchestra, the Boston Symphony Orchestra was invited to perform at the 1936 festival, and have remained a huge feature of it ever since. The festival moved to its current location in 1937.

In addition to holding concerts from the top musicians in pop, jazz and classical, Tanglewood provides training for young musicians at the Tanglewood Music Center, a summer school for 300 students, established by conductor Serge Koussevitzky in 1940.