Timeless troubadour James Taylor comes to Tanglewood Music Center on Tuesday 31st August 2021 (Rescheduled from Sunday 4th July 2021) for an evening of intimate song from one of the true greats! The world-class singer-songwriter will be performing will his All-Star Band, and will be lending his mellow and distinctive baritone to an assortment of treasured vintage songs – building his set from his brand new album, American Standard! No doubt, he'll also perform some of his own classic hits too, delighting fans with a show that features an icon of song and a setlist of songs that are iconic! 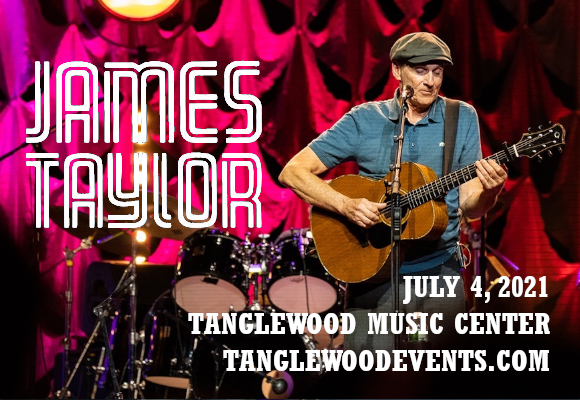 Few performers have the kind of artistic legacy of James Taylor – one of the world's best-selling artists of all-time, who had his breakthrough in 1970 with his seminal album Sweet Baby James. The record's tender, honest and eloquent songs, borne from his difficult life experiences, influenced a whole folk rock movement and propelled Taylor to stardom. With 22 gold, platinum and multi-platinum albums to his name, he has proven to be the kind of talent that stands the test of time, and throughout his nearly six decade career he has been honored with five Grammy Awards, been inducted into the Rock and Roll Hall of Fame and the Songwriters Hall of Fame. He has also been presented with both the Presidential Medal of Freedom and the Kennedy Center Honors.